Akshay Kumar Birthday – Today guys one of the best actors of Bollywood start – Mr. Akshay (Akki) Kumar’s birthday. He just completes the 52 years of his successful life. Mr. Akshay Kumar did not need to give any intro. Because he is the most favorite Bollywood actor and martial art expert. He was born on 09, September 1967.  His career in Bollywood for around 29 years.  He completed more than 100 movies and win the higher award for his films.

Akshay Kumar was born in Amritsar in Punjabi Family.  His father was in the Indian Army. By when Akshay Kumar is at a young age, he is very interested in Sports Activity.  The early life of Akasy Kumar passes in Delhi Chandani Chowk, later Akshay’s family was moved to Mumbai. In Mumbai, his father joined UNICEF and where he was working as an accountant. Akshay Kumar completed his education from Don Bosco School and also learned Karate. After completing school education, later he joined the Guru Nanak Khalsa College for completing his bachelor’s degree but due to he is not more interested in higher studies he dropped the college.

After discussing with father he moved to learn Martial Arts and went to Thailand for Mix Martial Art Training.  He spent more than 4 years in Thailand. Where he learned the mix martial arts expertise (Thai Boxing).  He is a good teacher of martial arts. After getting a black belt in Taekwondo.  He starting training to the youngster about the martial arts. He also works as a cook in Hotel early in his career. But he wants to become an actor. 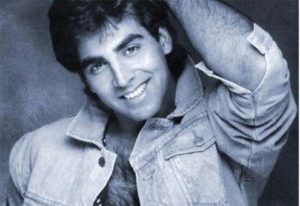 At he is busy teaching martial, someone recommends him to try in modeling as he is 6ft tall and handsome young guy. After this, Akshay Kumar moved to model and after a few months, he got the first assignment for modeling. His first assignment of modeling is to promote a furniture Showroom.

As getting the first modeling assignment, Akshay Kumar is very happy and not see a move back and chooses to model as a career. In starting, he is worked as a Background dance in many films. One day, he got the shot, Because of ad shots in Banglore. He has to rush Banglore via flight from Mumbai. But due to some reason he got late and missed the flight. Due to which, he is very upset and sad. After getting missed from the ad shot. Same day Akshay move to a Film Studio and give a screeing for the lead role and next day he will be got the call for selection from the producer of the movie Pramod Chakravarthy for the movie name “Deedar”

Akshay Kumar gets his debut in a small role for the Film named Aaj, directed by Mahesh Bhatt. Later he will be done a lead role in Saugandh in 1991. After he came with superhit film Khiladi in 1992 and after this movie, Akshay Kumar steps towards his success to Bollywood.

Yes, Akshay Kumar is the highest paid actor in India. He is the only actor that spot in Forbes list of the world’s Highest-Paid Actors.  Akshay Kumar back to back giving the blockbusters movie. Due to that, he recently demands films around 54 Crores per film.

Akshay is the best actor since he started working in Bollywood. He gives the best performance in every role in movies. He gives dozens of super hit film from the category of Action, Drama, Thriller and lots more.  Akshay Kumar now doing lots of Biopics due to his success movies are belong to biopics. Due to the good success rate of Biopic, Akshay is also positive to do biopic lead. He is the idol for biopic as many of the directors producers contact him always for biopics.

Below is the few previous hit list of Movie – Akshay Kumar 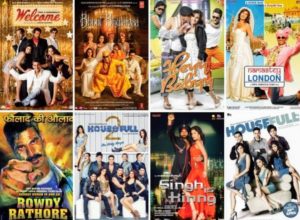 Akshay Kumar is working on some new films. Some are going to announce in just a few days. We heard that from online sources, he just back with another biopic named Prithvi Raj Chauhan. Initially, the announcement has been released by Yash Raj Films.

Even before his Bollywood trip, Akshay Kumar’s fitness system began. He is a Taekwondo black belt and has martial arts knowledge and Thai Muay in Thailand while working as a chef. Akshay Kumar follows a life of discipline and enjoys mixing various exercise routines to prevent boring. One of the significant exercise tips for Akshay is that you should give your body at least one hour to maintain fit and healthy. 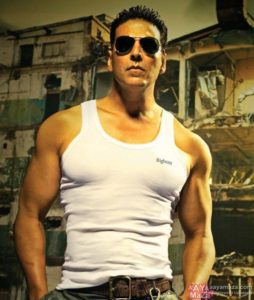 The ‘Khiladi’ of B-Town has been a fitness idol for most of us – always inspiring us with his lean and muscular look. Since the very start of his career in the 1990s, Akshay Kumar has been a fitness freak. As it becomes boring and monotonous, Akshay does not think of practicing fixedly, so he is not a big fan of gymnastics. He thinks the natural way to stay fit, along with a rigorous and disciplined timetable to follow.

He likes to make his job out much more adventurous and enjoyable by playing basketball, kickboxing, yoga, swimming, and many martial arts. Akshay Kumar is a very good actor and a good human being. With due respect, we wish him good health. Once again congratulation to Akshay Sir on his birthday.

This is a few things from Akshay Life’s. I hope you like our Article on Akshay Kumar Birthday.