Arijit Singh, who has made everyone crazy with his melodious voice, is ruling in every single heart today. Talking about Arijit Singh Birthday, he made his career in 2005 with a reality show Fame Gurukul.

Arijit Singh does not  win this show, but with his melodious voice, he definitely made people go crazy like you have heard superhit songs in so many films of Arijit Singh. After this a quality show came “Dus K Dus Le Gaye Dil” In this show,  Arijit Singh lit up such that the industry was no longer far away from him. Where he could rule the hearts of all.

After so much struggle, he finally succeeded. In 2010, Pritam started working with Arijit Singh for 3 films, including golmaal-3, crook and action replays. Mithun made a musical debut in Bollywood. In 2011, Murder-2 again sang Mohobat.

Tell you this song was released in 2009 and it was released in 2011. At the same time, with the songs of Aashiqui-2, it dominated the film industry. Convinced everyone with his singing. In this way, continuously putting hit songs on the hit Bollywood.

Arijit Singh’s song which was not released

Arijit Singh’s Sanjay Leela Bhansali recognized and gave a chance to sing in his film Saawariya. But there was some change in the script and the song was dropped from the film and not even released again. But Arijit Singh did not give up and continued to struggle.

You all know Bollywood star Salman Khan, Salman Khan is not only a good actor but also big hearted. Salman Khan does not back down from helping anyone, always stands forward for help.

Now whether that help is to get someone to work in films or someone needs money or to help a poor person, never back down. Due to these same habits of Salman Khan, people like him very much and rule the hearts of all.

But one thing is sure, if someone is in love with Salman Khan, Salman Khan does not back down and play hostility. Let him get around, there is a similar dispute between Arijit Singh and Salman Khan. But this dispute happened during an award function where he messed up with Salman Khan.

Yes, the conversation between Salman Khan and Arijit Singh has been closed for years and apologized to Arjit Singh Salman Khan personally and on social media due to his mistake. As you know, if someone screws with Salman Khan once, he does not forget it so easily

In the Guild Award function in 2014, Arijit Singh received the Best Playback Singer Award for the song “Tum Hi Ho” from the film “Aashiqui 2”, which was given to Salman Khan and Ritesh Deshmukh

They were also hosting the show. And he had to give this award to Arijit Singh as well, because of laughing at the stage, Arijit Singh told Salman Khan that you have already heard people, I had to come.

Just what was it again touched Salman Khan’s heart and he felt very bad and he felt insulted. This did not end in the award function but became a huge controversy which was very heavy for Arijit Singh. .

Arijit Singh gets banned for singing in Salman Khan’s films

He had to be so upset with Salman Khan that he could not sing in Salman Khan’s films. Even after Arijit Singh apologized many times, Salman Khan could not forgive him.

Hope you like our article on Arijit Singh Birthday! 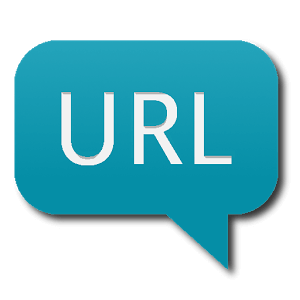