Cheap Graphic Cards For Mining (February 2022) – While graphic cards are primarily used for playing video games, they can also be used to mine cryptocurrency like Ethereum, dogecoin and Z Cash. If you’re looking to make some extra cash. The thing with mining, though, is that it can get expensive pretty quickly depending on how long you plan on mining. Luckily, there are tons of ways to save money & buy cheap graphic cards for mining & investments without sacrificing too much performance. So keep reading to learn more!

The good news is that there are many options when it comes to picking a GPU for your rig. The bad news is that most of them have to be bought from overseas (where crypto mining is more popular) and you may end up paying a hefty amount in shipping fees (if you go with slower, cheaper shipping). Some other factors to consider are whether or not you’ll want to mine altcoins, too.

Currently bitcoin has no real competitors in regards to profitable cryptocurrency mining; that could change quickly if another coin becomes popular due to some tech innovation or widespread publicity, though. One important thing to remember about all these cards is that they won’t last forever. Many GPUs mine at very high temperatures, which can decrease their lifespan significantly over time. 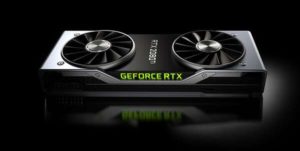 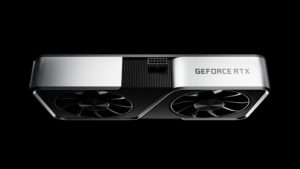 The Nvidia GeForce RTX™ 3060 Ti and RTX 3060 help you to give high performance gaming experience and smooth processing in mining. You can use it for same in your mining operations as well.  The Ampere—NVIDIA’s 2nd generation RTX architecture helps in the mining operations for a long time. The incredible performance with enhanced Ray Tracing Cores and Tensor Cores, new streaming multiprocessors, and high-speed G6 memory. This will cost you @ Rs.29,500 + %18 (GST). 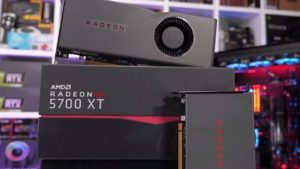 If you are looking to buy for mining cryptocurrency, this one will become a worth buying option for your requirements. As we know that AMD has become very much popular in India with its excellent power performance Graphics cards. If you compare with others like RTX 3060 Ti it will not perform as well.

As for mining this will become more efficient in consuming electricity as it delivers more performance while consuming less power than its predecessor. 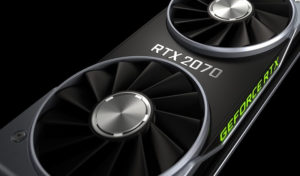 The NVIDIA GeForce RTX 2070 is another benchmark graphic card for those who idolize mining. The RTX 2070 came up with the price tag of 37000 approx. It comes with the massive performance, which helps you to give high performance speed and operation during mining.  It will cost you 45,000 to 60,000 with %18 of GST.

The NVIDIA GeForce RTX 3090 is the most powerful GPU with TITAN Class technology and performance. It is powered by NVIDIA 2nd generation RTX architecture with AI Performance.  It features a staggering 24 GB of G6X memory and enhanced Ray Tracing (RT) Cores, Tensor Cores, and new streaming multiprocessors. It produces the ultimate high performance work operation during the mining of crypto. This NVIDIA GeForce RTX 3090 will cost you Rs. 1,33, 500/- official price on the website. AMD Radeon Rx580 is an idol for mining as it comes with high performance and less power consumption. You can say it performs well with a balanced GPU. This is idly used to mining Ethereum and Ethereum Classic. It is made with enhanced Polaris architecture with 8 GB GDDR5 Memory which provides you smooth operation in a high performance manner. It will cost you around Rs. 17,000 to 25,000 between.

If you’re reading this article, you probably already know what cryptocurrency mining is. If not, it’s a process where people use powerful computers to solve complex Math’s problems to mine new coins or tokens—you don’t need to understand the specifics of how it works, but these problems get increasingly harder over time and require more computing power to solve them, so miners have to constantly upgrade their hardware in order to keep generating (more) coins.

If you’re going to be building a computer specifically to mine Bitcoin, you want to make sure you’re choosing the right graphics card. Here are your options, their pros and cons, and some other things to consider when making this important decision.

The first thing to understand about graphics cards is that they’re not just for gaming. Most people know them as PC components; however, there are a multitude of ways these things can be used. You can mine cryptocurrency with them (which may or may not still be worth it), you can use them in computer vision applications and even to power neural networks.

There are many professional uses for graphics cards that have nothing to do with gaming, which is why we’re going to be focusing on GPUs specifically in our guide. If you’re more interested in learning about how they can be used beyond crypto-mining, here’s a great read on different real-world applications of GPUs!

The market is currently full of low-power graphics cards. That is perfect for mining. AMD’s Radeon RX 570/580 and Nvidia’s GeForce GTX 1060/1070 are both excellent options. But there are a few things to keep in mind before buying one. Make sure you purchase your card from a reputable manufacturer—many cards coming out of China right now look legit.

But are actually defective or subpar in some way. Cards with extra power phases (like EVGA) tend to be higher quality, as do cards using memory with Samsung RAM chips (again, like EVGA). There also seems to be an emerging trend toward larger PCBs that allow manufacturers to pack more VRMs onto a board.

NVIDIA GTX 1070, NVIDIA GTX 1080 Ti & AMD Radeon RX 580 vs. Radeon RX Vega 56 & GeForce GTX 1070 Ti [Video] Today, we’re going to be taking a look at six of our favorite professional graphics cards used in cryptocurrency mining. This is meant to serve as a guide to those looking to jump into the market and understand which models they should target first.

Before we begin, it’s important that you realize crypto currency mining is different from gaming when it comes to GPUs. In gaming, you’ll want something like an NVIDIA GeForce GTX 1060 or AMD Radeon RX 570—great options if you plan on gaming alone and not mining with them as well.

If you’ve decided to mine, and have settled on a currency, there are a few factors to consider when buying your graphics card. First is power consumption. Just like CPUs, GPUs draw energy from their source—in your case that’s from an outlet or a battery if you’re using a laptop. Since different currencies have different values, based on what other people are willing to pay for them (current value), some GPUs consume more power than others.

When it comes to saving money on your electricity bill, no investment is more important than a good power supply. There are two ways you can cut your power consumption when mining. First, you can mine coins that use less power to begin with, such as Ethereum and Monero (XMR). Second, you can invest in a dedicated GPU or ASIC system to mine using fewer GPUs. Both of these methods involve making financial investments—but they’re also well worth it.

The world of cryptocurrency mining is exciting, but it can also be intimidating. With so many different graphics cards available—and more coming out every day—it’s hard to know which one is right for you. As part of your due diligence in making an informed decision about which GPU to purchase, you’ll want to ask yourself a few key questions.

will help guide your process and ensure that you don’t waste time or money on a GPU that doesn’t fit into your business plan.

The first thing you’ll want to do is decide on a mining software. There are many options out there, but we would suggest using Easy Miner as it’s easy to install and set up (it also has a great community).

Once that is done, you’ll be able to quickly mine Bitcoins and other cryptocurrencies without having to configure more than a few settings. You can see our Bitcoin mining guide here or our Ethereum mining guide here. To get started with Altcoins check out Monero and/or Ripple!

When it comes to mining, there’s no one size fits all Graphic Cards. Each algorithm has different levels of performance depending on GPU and card manufacturer. With that said, there are some things to consider when choosing a graphics card (or two!) to mine Ethereum with. As you may already know, Ethereum is an open-source platform based on blockchain technology.

It depends on what you’re looking to mine, and whether or not you’re looking to sell your mined coin. Some cryptocurrencies like Bitcoin Gold are better suited to CPU mining than others. Still, you don’t want to go wasting money on GPUs that aren’t going to be used to their full potential. That means no AMD cards if you intend on mining Ethereum, for example.

If you want to get into mining with Nvidia graphics cards, I recommend starting with a GTX 1650. With its sub-$200 price point and high hash rate, it is a great card for hobbyists who are just getting started with cryptocurrency mining and don’t want to drop too much money on an initial investment. (Keep in mind that buying used cards from eBay or Amazon at lower prices is not recommended.) It’s value proposition means that it can still pay off fairly quickly even if BTC and other coins remain stagnant.

It’s important to have a solid understanding of how cryptocurrency mining works, as well as to make sure you find a suitable graphics card. If you need any more help or have any questions, be sure to reach out—we’re here to help!

Find us on Facebook and Twitter. We’ll do our best to help all of you to find Best 6 Cheap Graphic Cards for Mining in February 2022 & understand cryptocurrencies, mining, keep learning! Happy mining!