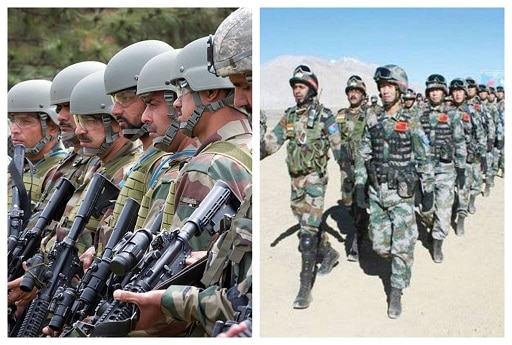 The Indian Army and the Chinese Army have come face to face in Sikkim. The formal confirmation of the bus has not yet been done by the Indian military. But sources are quoting that the matter is on Saturday when some soldiers of the Indian Army & Chinese Army personnel were patrolling in their respective areas.

Then they were pushed in the meantime and the matter was quoted locally as suggested by the sources. There are also reports that, the some soldiers have suffered injuries which is minor.

Border Dispute between Indian and China

This confrontation usually due to border dispute Occurs when Chinese soldiers enter the Indian border and make their claim there, as a result of which the Indian Army has to get into a confrontation with them.

The national border lines between China & India is very difficult to identified. Due to which there is doubt about the border among the both side soldiers.

At present, no formal information has been circulated on this sentence from the Indian Army and the matter has been settled locally. The border area it is in winter is completely empty.

When the summer season comes, the soldiers of both the countries started patrolling on their border. Due to which, there is a dispute about the border many times occurred previously.