KGF is a Kannada language movie. Which was released in the year 2018. Which was directed and written by Prashanth Neel. It is an action and thriller movie. This movie is very exciting to watch. And the work of producing this movie was done by Banner Home Blue Films. This movie will come in two parts.

Which, you can watch officially through YouTube or any other online medium. The first part of this movie was well received by the audience due to its action and adventure. All the characters have played a very good role in this movie. 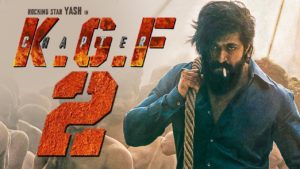 The first chapter of the KGF movie was released in 2018. The movie earned a huge amount as soon as it was released, and the movie also won many awards. You will get to see rocking star Yash in this movie lead role. While in the female lead role, you will get to see Srinidhi Shetty. KGF Chapter 1 and many amazing characters. The IMDB Rating of the KGF Chapter 1 is excellent marks to 10 out of 8.2. 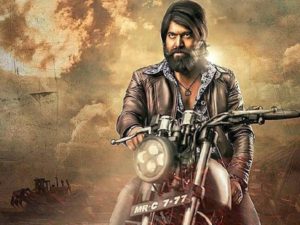 The KGF Chapter 2 is going to released in 2021 . The production of the film gave its first teaser was launched on 8th January. It became the most watched trailer after the launch of the KGF Chapter 2 trailer. In Chapter 2 of this movie, you will get to see many new faces. Many of whom will be seen in the lead roles like Raveena Tandon and Sanjay Dutt. Both these stars have a very important role in this second chapter.

The KGF Chapter 2 trailer was liked by the audience. The trailers of this film were presented very well by the production of this film. Due to which the desire of this movie has increased in the hearts of people. 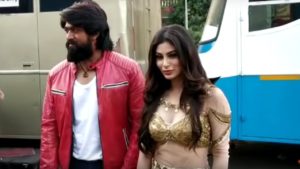 Yash is an Indian movies actor. The real name of Yash is Naveen Kumar Gowda. Yash made his identity with Kannada movies. Her first movie was Moggina Mansu. Which movie was released in 2008. It was a Kannada movie in which Yash made his debut. His real wife was his female lead role in this movie. Rocking star Yash has given many great movies in his career. Most recently, his KGF Chapter 2 movie is coming. Which many viewers are waiting for.

Yash was born on 8 January 1986 in Bhuvanahalli village, Karnataka. Yash lived in a middle-class family. But today he has reached this stage today on the strength of his hard work. Yash’s father’s name was Arun Kumar. And he worked at KSRTC Transport. Yash’s mother’s name was Pushp Lata. And she is a housewife. Apart from this, Yash also had a sister. Whose name was Nandini. Yash’s childhood was spent in Mysore.

In this movie you will get to see many famous stars. If you want to know about the casting stars. So you can see in the cast list above. In Chapter 2 of this movie, you will also see many other characters. Like Raveena Tandon, Sanjay Dutt.

How Much Fees Was Paid to KGF Star Cast?

This is the story of an orphan survivor. Who wanted to grow up to become a don. The boy’s name is Rocky. When he is younger. Then his mother dies. And then he leaves his home and comes to Mumbai. Where the journey to become his gangster begins. Rocky starts doing wrong things from his childhood.

As Rocky grows older. He becomes equally dangerous. He finishes all his enemies one by one. Finally, he gets an offer to die a very big gangster. For which he has to go to Bangalore. He feels real power by going there. Very few people knew Rocky at that time. But he was very famous in Mumbai. Due to this, he was called to Bangalore. Where he had to die the same gangster.

Garuda The Main Villan in KGF

Whose name was Garuda. But he did not die in that place. Because he had to find out the real truth. So Rocky goes to the same area to kill Garuda. Rocky finds out the real truth by shedding. That the gold he was smuggling with for so long. He was coming not from Africa but from Kolar.

Rocky faced a lot of difficulties to go to the area of ​​Garuda. Garuda’s citadel was named Narachi. From where he used to do illegal trading of gold in the name of coal. Rocky had to go to Narachi to get answers to all these things. Where he started collecting information about Narachi.

Rocky Narachi was a bit disturbed to see the condition of the people. A few days after that Rocky killed them all when he was going to die an old man. Rocky then kills all the evil people one by one. Now only Garuda was left. Rocky had planned to make Garuda die in the worship of mother at night.

When Garuda was a male sacrifice of three people. As time goes by Likewise Rocky takes the place of one of those three people. And in this way he takes Rocky to sacrifice with both those men.

It is known that Baha’s head is in charge. And alerts all security units of Bo Baha. But until it is too late. Garuda starts sacrificing one by one. As soon as he sacrifices 2 people. And goes to Rocky. That’s when Rocky kills Garuda with the same sword.

In this way Rocky kills Garuda. And then Rocky takes over that place. And then all of Baha’s guards bow down to Rocky. Because all the workers of Kuki Baha are with Rocky. So none of Baha’s guards attack Rocky. All Baha workers start accepting Rocky as their god.

About Songs of KGF Chapter 1

In this movie you will get to see a lot of action and thriller. This movie has been very well received by all the stars. Rocking star Yash has been shown to be very attractive in this movie. The story of this movie is seen by linking it to many ancient events. But this story is told completely by the film makers.

What is a KGF Movie?

You will find this movie on online websites. From where you can download this movie. This movie will be seen on Amazon Prime Videos, Netflix, Hotstar.

How Many Chapters in KGF?

The poster of Sanjay Dutt’s KGF chapter 2 was shown at the launch. Sanjay Dutt looks is very much viral and hot topic on internet currently. In KGF Chapter 2, he is playing the role of Adhira. The most interesting thing in Sanjay Dutt role his hair cut and beard style.