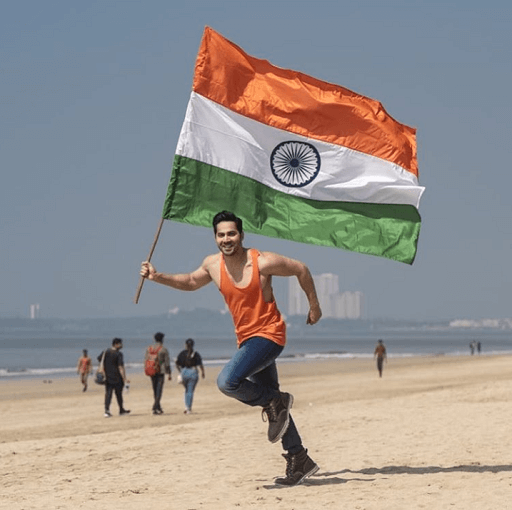 Varun Dhawan celebrated his 33rd birthday by cutting the cake at midnight. In this birthday celebration, there were people from his family as well as his close ones who greeted him by calling video.

He shared all his photos on his own on Instagram. As you all know our country is fighting an epidemic Corona, while people are also helping the government in some way. At the same time, many stars of Bollywood are also not backing down.

Let’s talk about Sui Dhaaga movie hero Varun Dhawan who is also helping the government. According to reports, Varun Dhawan is also giving free food to all the doctors and all the employees of the health service. Which is proving to be a bit against this epidemic, Madad Gar.

Talk about Bollywood star Varun Dhawan, he has done a good job in many films and has given many interest movies too. His fans also like his work very much. Varun Dhawan is a very good dancer along with the actor as seen in his movie Street Dancer 3D. His work was well received by the fans of his dance.

At the age of 11, this Bollywood Star raised voice against violence. Varun Dhawan, who has won everyone’s hearts with his handsome folk and his 4 pecks abs, has made his interest in films with everyone’s heart.

At the same time, this star has been against violence since childhood. Varun Dhawan gave one of his interviews. He said that when he was 10-11 years old, such an incident occurred in his neighborhood that he cannot remain silent and should raise a voice against it.

There was no one to help Varun Dhawan’s house. He was completely alone when he dialed 100 number and called the police and stopped the incident. At the same time, Varun Dhawan also said that. We all feel that in today’s time, if there is a voice of domestic violence from someone’s house.

Varun Dhawan told that when I was a small child I have seen his career since then and I respect and consider him the strongest in the world. Varun said that my father was very busy. Due to which, they had not much time and my mother would come alone to the school’s meeting and see our business. And also used to handle the house. My father also praises my mother that she is very strong. No one can handle the entire house as much as they have done. My mother has also shown me driving.

Varun Dhawan broke his silence on comparison to Salman Khan

Varun Dhawan told that I could never be compared to Salman Khan. I respect him a lot and today he is very difficult to get to where he is. Salman Khan is a very big hearted person.

Salman Khan has been public since, I was left and he gets incredible love. If I speak anything about him on Twitter, he does not speak professionally but personally, I respect Salman Khan a lot. Salman Khan is very special, I speak from the heart of those who speak, not by thinking.