What is RAM & ROM – September 2019 -Today in this world computers and smartphones are very necessary things. Everyone has a smartphone, computer, laptop, tabs. We all connected with these devices. When I was a child, So I notice a first-time computer.

My father working on his PC the whole day. Because he is professional and sometimes he worked from home. So, I have very much impressed and interested to know about this device. In my mind, there are many questions are crawling. At that time, I love to see the computer and trying to touch the computer. It’s so amazing for me. Computer and all digital devices are working on the very various important components (hardware). Those who help to run their internal functionality.

What is RAM and ROM – OVERVIEW

“How” Yaar I don’t have enough RAM due to that I will not able to play this game. Like that, Yes. We are talking about RAM. It’s a very necessary component those who required to run the ongoing application over on your Phone, PC, Laptop, Tablet. So, today we learn about the “What is RAM and ROM”?

So stay with us and read this article fully. It will help you to understand What is RAM and ROM.

RAM (Random Access Memory) is the hardware in a computer system in which the ongoing operation of both the operating system (OS), application programs and information is maintained. So that the device’s processor can quickly reach them. RAM is the primary memory in a computer and has read from and writing to. It is much quicker than other storage types, such as hard disk drive (HDD), solid-state drive (SSD) or optical drive.

RAM: History and development – What is RAM and ROM?

Intel’s 1103 was the first dynamic RAM chip usable to the world. The inventor of ram was Robert Dennard: random access memory. Dennard patented the machine in 1968. Jay Forrester was indeed a pioneer in the early growth of digital computers and invented magnetic storage. That happened to coincide with random access.

Williams tube Invented the first type of RAM in 1947. Which used a CRT (cathode ray tube); as electrical charge places, the data was processed on the face. Magnetic-core memory, developed in 1947, is the second widely used form of RAM.

Types of Function RAM -What is RAM and ROM

There are two different types of RAM are working on our computer or laptop. This Type of RAM has its quality in terms of user needs. The functionality of the RAM is equal to each other sometimes. We are going to tell you about the two types of RAM we are using.

DRAM – Dynamic Random Access Memory – DRAM is dynamic random memory access. Dynamic relates to the need to refresh DRAM cells periodically to keep the stored bit. DRAM can be generated in big capacity due to the tiny footprint of a DRAM cell. A DRAM memory can maintain big information rates by properly packaging DRAM cells. For these purposes, the majority of the main memory is being implemented with DRAM.

Typically, DRAM is a semiconductor chip that can consist of tens to billions of DRAM memory cells. DRAM chips are commonly used in digital electronics where computer memory is needed at low cost and high capacity. One of the biggest DRAM apps is the main memory in contemporary pcs and graphics cards (where the “primary memory” is called the graphics memory) (popularly called the “RAM”). It is also used in many mobile devices and consoles for video games. On the other hand, SRAM, which is quicker and more costly than DRAM, is typically used where velocity is more concerned than price and size, such as processor cache memories.

The SRAM is working from the 1990s to till date. The initial launch of the SRAM will constantly in the form of development. There are two types of RAM available in the market. SRAM constant required electricity to work. This means if there is breakage in the flow of electricity. So it will not able to function. SRAM needs a continuous flow of electricity due to its static behavior no change or action is the need to data Unsurpassed. SRAM is a volatile memory, that means if you are not saved your work electricity got cut, so you will lose your unsaved data. But there is a very impressive thing is that SRAM is more powerful and speedy in terms of uses.

SRAM access time is about 10 nanoseconds. If you compare it with DRAM, so you will able to know it consumes less power and giving a well accurate result in a short time. The cycle time of SRAM is much shorter than that of DRAM because it doesn’t have to be refreshed. SRAM is used in Digital Cameras, printers, modem routers, DVDs. So, it will give you the reliability and quality. But if there is some advantage, so there is also a chance of having a disadvantage of the same. We are near to understand what is RAM and ROM.

Below are some disadvantages of the SRAM:- SRAM is too much costly if you compare its price to DRAM. If you face power cut, so you will be loose your all data stored over on SRAM.SRAM never gives you the facility to refresh data.

Various Types of RAM- What is RAM and ROM

There are a few different types commonly in use today:

Why we used RAM?

The main purpose of using RAM is for quickly and speedy progress of our work. Simply, it can help us to work on a computer with speed. It helps you to get the quick connectivity to the storage, where you stored the data. Our computer utilizes RAM to store information as it is much faster than running the same information straight from a hard drive. The more access your CPU has to RAM, the easier it becomes to do its work, allowing for a quicker computer. The capability and performance of the main memory of your computer, or RAM, may have a noticeable impact on the startup process of your computer. The effects, however, are only limited to one point and apply to lesser returns law. Speedier RAM can improve computer processing accuracy and lower efficiency times.

Recommend RAM sizes for user needs – What is RAM and ROM?

Each personal computer consists of several parts which combine to operate the apps which make the PC such a helpful tool. There is also the processing unit (CPU), the graphics unit (GPU), memory, storage, display, and a range of other divisions, all of which are essential to a PC. They will contain random access memory (RAM) throughout this section, that you can think of as the short-term memory of the Computer. This is where the Operating system loads once the PC is turned on and booted, and that’s where applications run and store their data throughout the active operation.

We will brief you on how much RAM you need to easily process your work.

If you are Graphic Designer:-

“Graphic design” includes a broad range of functions, each with its own distinctive set of instruments and specifications for computing. You first have to evaluate what kind of design job you are going to do before you know which benchmarks you should aim for. A logo designer, for example, can get away with fewer specs than an animator might have. Moreover, assessing at a more customized point makes way.

According to the Adobe website, the recommended specs are as follows

According to Adobe, the recommended specs for Illustrator are as follows

A 4 GB RAM laptop should be enough. However, it will require more RAM for application or software developers to operate virtual machines, emulators, and IDEs to compile huge projects. It is ideal for a laptop with at least 8 GB of RAM. For game developers, the requirement is even greater.

For any gaming PC, 8 GB is the minimum. With 8 GB of RAM, your PC will run most games smoothly, though some graphics concessions are likely to be needed when it comes to the new, more challenging titles. 16 GB is today’s optimum quantity of RAM for gaming.

Please do check before buying any RAM – Consult with someone those who already have the Gaming PC or laptop.

The difference in RAM & Virtual memory?

What is flash memory – Is RAM similar to Flash Memory

Flash memory is a computer and computerized memory storage device. In devices such as digital cameras, USB flash drives, and computer games, it is most commonly used. From the prior and similar EEPROM, it was created in the 1980s. EEPROM has the same limitation as a flash: those made in the 20th century could only survive approximately 100,000 writing cycles, later increased to approximately one million. It’s more costly than flash, so it’s rarely used to store more than 128kB.

Because RAM is volatile (not permanent), flash memory is different from RAM. RAM loses all its information when power is switched off. With no power at all, Flash can maintain its data intact. Then there is constant (non-volatile) space of a hard drive, but it is volatile and brittle. It is slower than RAM but faster than hard drives. It is much used in small electronics because it is small and has no moving parts.

Read-Only Memory (ROM) is an integrated circuit pre-programmed at the time of manufacture with particular functional data. It’s called firmware as well. These ROMs are not just computers. Most electronic gadgets make use of their dynamic features. A simple example of ROM is the cartridge used with video game consoles, which allows one system to run multiple games. ROM is Read-Only Memory’s abbreviation. ROM is a primary memory form. As the name suggests, it can only read its contents, but it can not write on it. It is a non-volatile memory, so even when the power is switched off the data will be retained.

During the manufacturing stage, the information needed to be stored in ROM is written. It stores programs that are critical to the computer’s booting process. In General, we cannot change it. Technologies are accessible, however, to program these ROM kinds.

For the previous few years, memory rates have been sky high. They lastly come down to more sensible levels, but looking to the future is the right moment. Major companies will release their first DDR5 (double information rate 5) memory modules quickly providing the table with enhanced bandwidth and reduced energy draw. As fresh memory norms are typical, they are likely to be costly out of the door, but they will introduce a fresh generation of high-speed memory that will be difficult to match with current norms. After years of teas, Samsung and SK Hynix, significant memory suppliers, both announced in early 2019 that DDR5-based products would be out before the end of the year.

RAM is a very important part of running smoothly your application. Like today, our phone has more than 4gb of RAM and we can easily run the heavy application on our phones. But there are lots of hard-works behind the inventors of this kind of important components. And there should be we have to show some respect for them to make our life digital. Big Salute!

Hope you like my article on What is RAM and ROM!

Notice – If my article matches someone’s ideas or posts. So this will be a co-incidents.

All post images, videos belong to their respective owners and I am open to giving credit to them.

Any suggestion & query- Please do let me know! 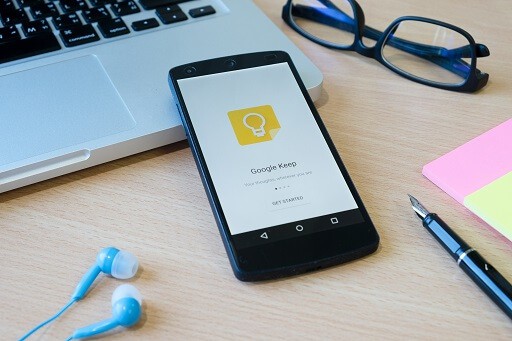